The king of cheeses

The first cow’s milk PDO in Europe, Saint-Nectaire is produced in one of the smallest PDO production areas (1,800 km²). It is located exclusively in the mountains, at an altitude of around 1000m, on volcanic lands (Puy de Dôme, Cantal, Massif du Sancy, etc.).
The richness of the natural grassland flora at a high altitude makes for a milk with delicate aromas and gives the Saint-Nectaire its original taste.

This cheese was introduced to the court of King Louis XIV by the Marshal of France Henry de Sennecterre, bestowing it the favours of the Sun King and since earning itself the nickname of the “king of cheeses”. Saint-Nectaire is an uncooked pressed cheese.

Depending on its degree of ripening, it takes on a white to grey, yellow or red mouldy rind and weighs about 1.7 kg.
Its soft, cream-coloured texture has a delicate nutty and mushroom flavour. 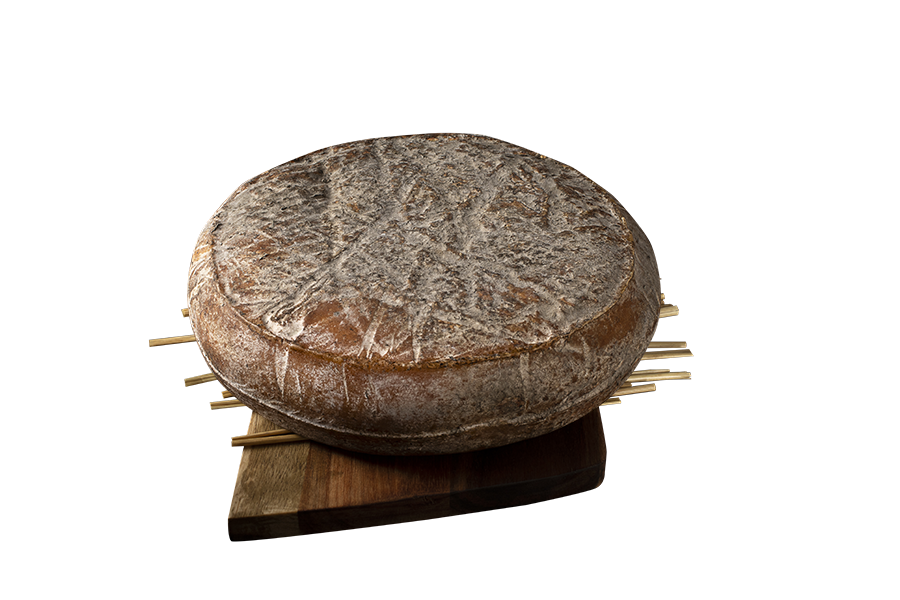 It takes 13 to 14 L of milk to make a Saint Nectaire, compulsorily raw milk for the Fermier cheese, transformed immediately after each milking.

A minimum of 28 days of ripening in the cellar.

Store between 4 and 6 degrees. 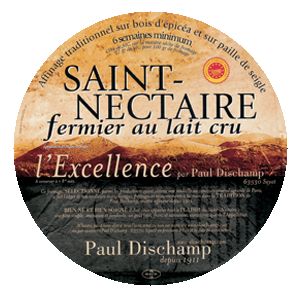 Selected from our best cheeses, they are ripened for at least 5 weeks, which is one week more than a standard PDO Saint-Nectaire Fermier. It is ripened on straw which gives it an authentic taste. 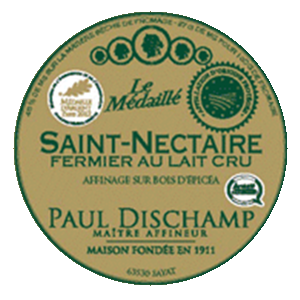 This Saint-Nectaire Fermier is specially selected during ripening. The cheese is softer and the edges of our cheeses, rounded. 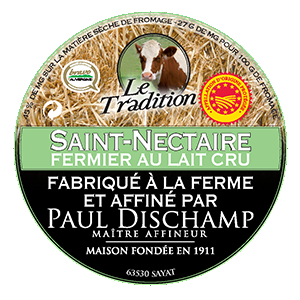 The Saint-Nectaire Tradition, like all our Saint-Nectaire Fermier cheeses. Our master affineurs (ripeners) dedicate all their expertise to offer you the best cheeses possible on a daily basis. 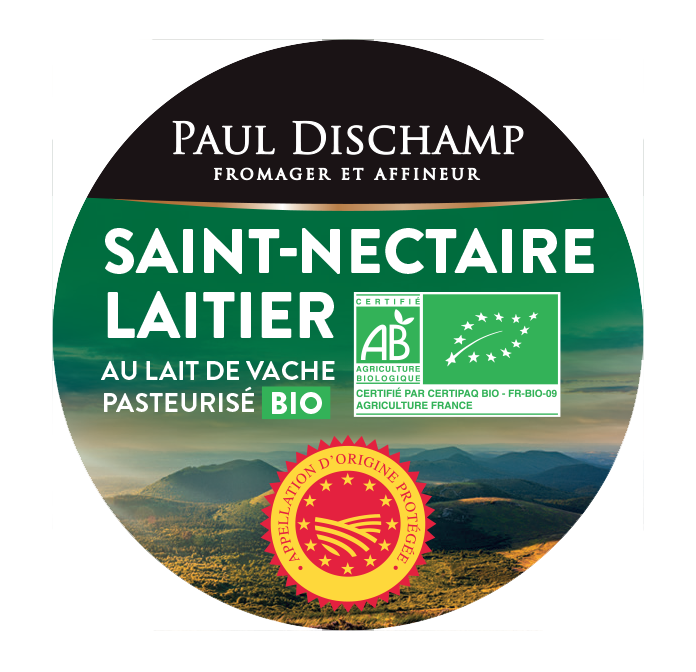 This cheese is Organic certified and delivers the same typical soft flavours as the Saint-Nectaire PDO Laitier. It is ripened during 5 weeks, on rye straw. 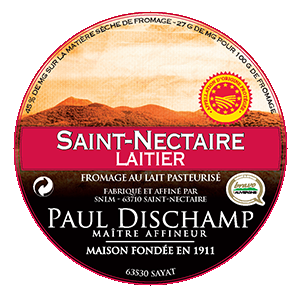 Since 1964, La Fromagerie Paul Dischamp also offers Saint-Nectaire laitier. It is exclusively made in the dairy from pasteurized milk. 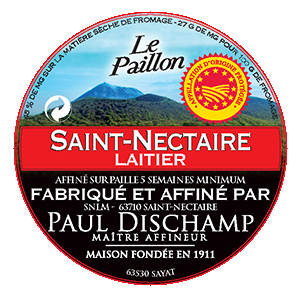 The Paillon is a new kind of Saint-Nectaire, combining both pasteurised cow’s milk and traditional ripening on rye straw for a minimum of 5 weeks in our ripening cellars. This cheese receives the utmost of care: washing, rubbing and turning by hand, in keeping with the Paul Dischamp tradition. 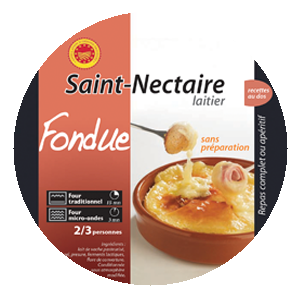 The fondue prestige is a small PDO Saint-Nectaire laitier, sliced in height and presented in a stoneware dish.

The green casein plaque on the rind of the PDO Saint-Nectaire laitier can remain at the bottom of the dish but it can be eaten. This is a perfect product for baked and warm Saint-Nectaire cheese fasting !